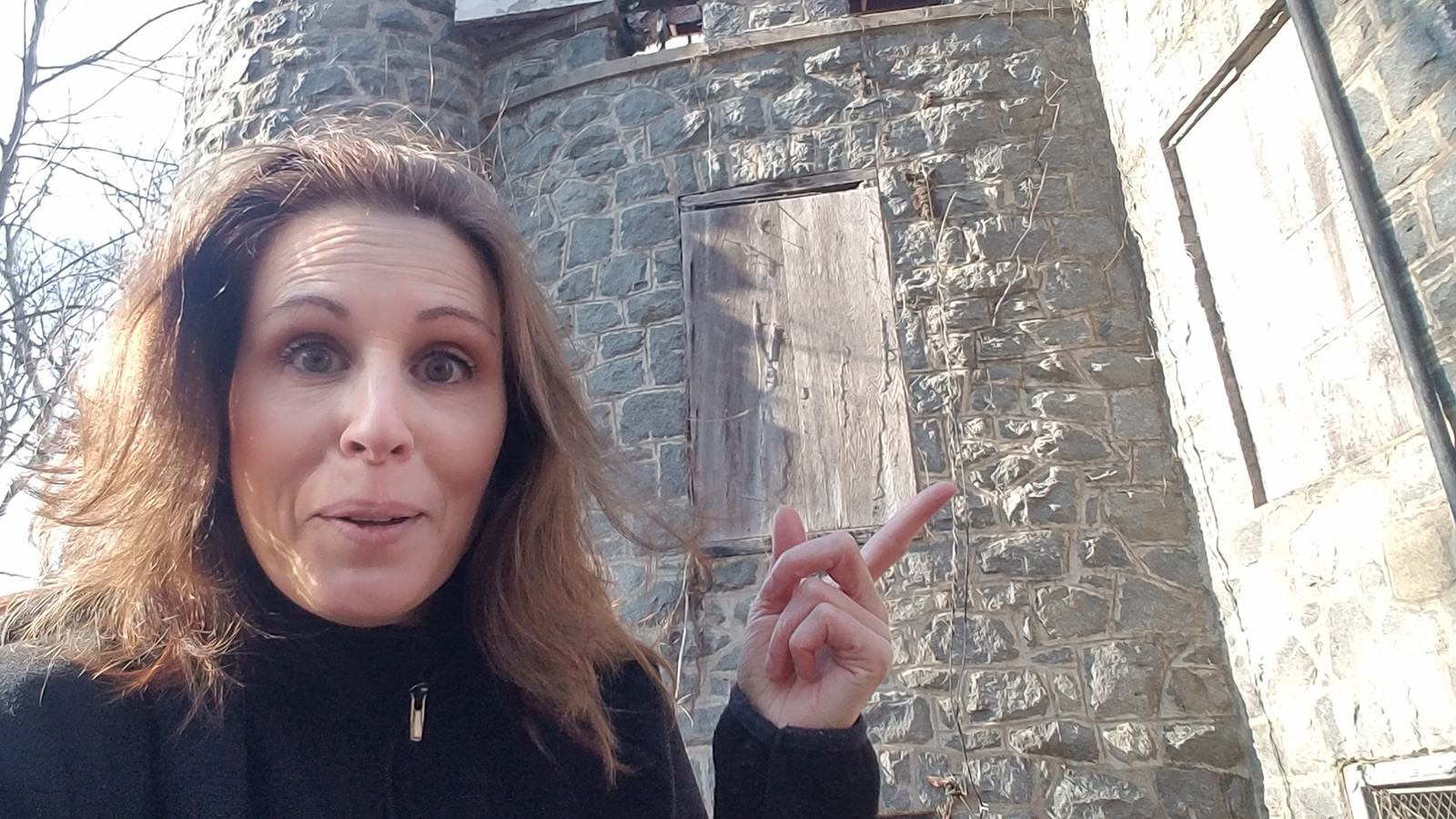 It must be this grey, cold winter vibe that has me craving the creepiest of adventures. While the lonely castle does not disappoint, there’s something inspiring in this structure that has lasted more than century, during much of which it stood empty and neglected. With a new life for the castle on the horizon, I feel lucky to have seen and appreciated it today.

While first hosting an ultimately unsuccessful resort hotel starting in 1887, the grounds transferred hands in 1894 and became the National Park Seminary, a finishing school for young women. The nationally distinguished school educated children of prominent families, such as the Hersheys and Krafts. During its years of operation, the seminary developed a diverse collection of architecture on the grounds, which provided a cultural education for students. Building styles include(d) Swiss, Dutch, Japanese, Italian and English.

In 1942, the property was acquired by Walter Reed Army Hospital to aid in the care of returning soldiers during World War II. As need for the hospital waned, some buildings were torn down. To protect the remaining structures, in 1972 the site was secured on the National Register of Historic Places as the National Park Seminary Historic District.

In the early 2000s, developers preserved and revitalized the historic buildings and grounds, which now serve as a unique residential community, with condos, townhomes, and single-family homes—both rented and owned. The revitalization continues today.

Yet to be rehabilitated are two buildings at the far edge of the property—an Italian villa and an English castle—though they soon will have their turn.

Word on the street is that a contract has been awarded to develop both the Italian villa and English castle on the Seminary Historic District grounds. The villa will be transformed into apartments, and the castle into a single-family home. Both will retain their historic architecture.

The question I pose to you: Would you live here?! Let me know in the comments below. (My answer: In less than a heartbeat-yes!)

Join me as we go lurking around this lonely castle.

Thank you for joining me on this and future adventures!

Save Our Seminary
Washingtonian Article
Wikipedia

Music:
Better by Anno Domini Beats
Something Is Going On by Godmode
Happy Haunts by Aaron Kenny

2 comments on “The Lonely Castle”