Fairies In The Forest 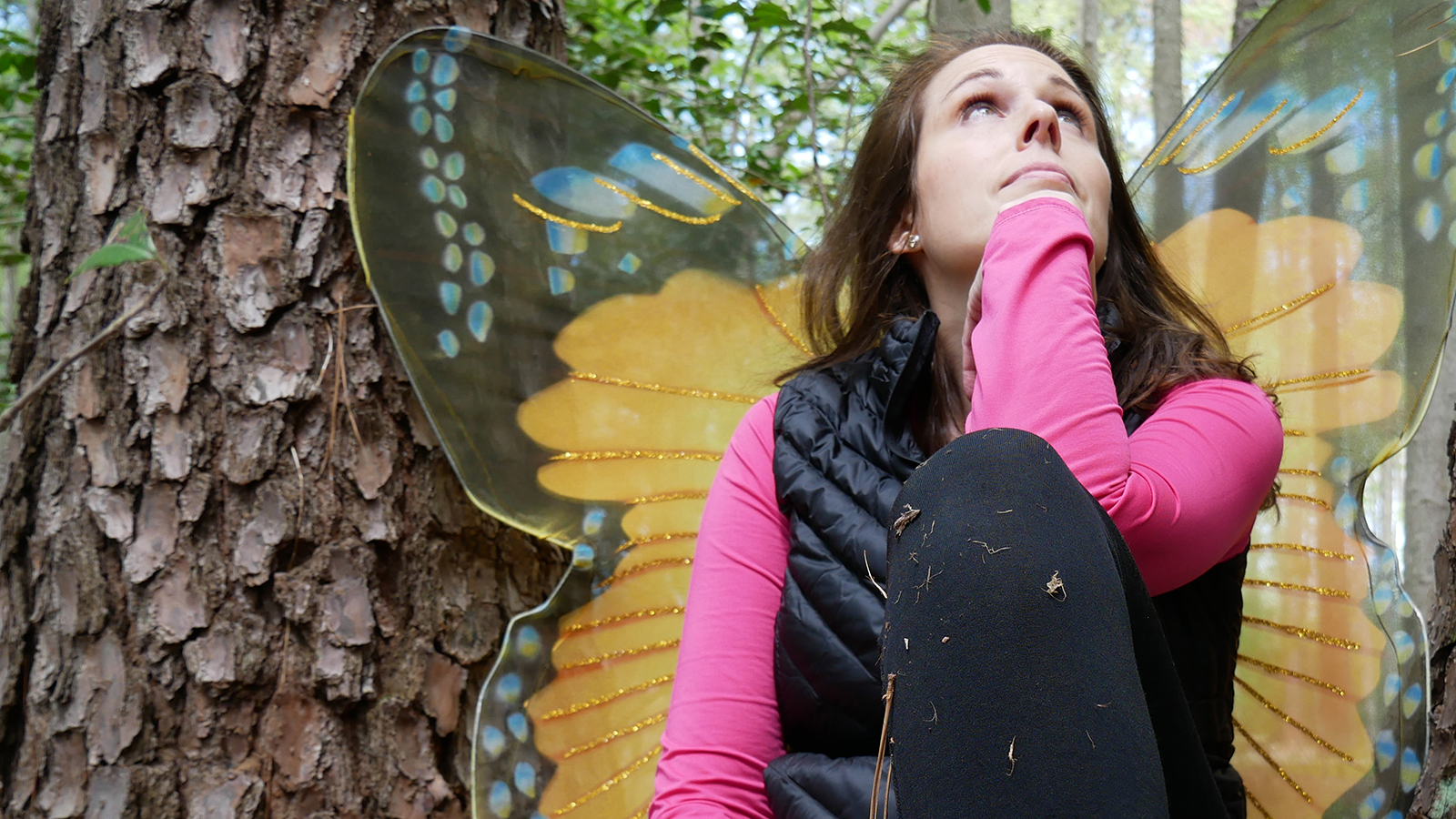 Magical Fairies and a GIVEAWAY

The Lure of Magic

Imagine, me at age *ahem*, sporting my own pair of fairy wings for this adventure (pictured above). They were not provided by the venue where I filmed. Rather, I pulled them from my closet just a few feet from where I type.

Haven’t yet sprouted your own wings? Play make-believe with art installations like this at a fairy festival near you. You too can be a fairy for a day. 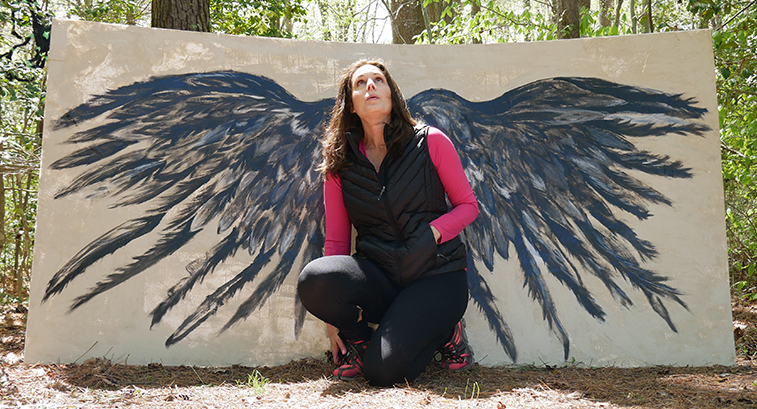 Why are we drawn to the enigmatic fairies of the forest? I suspect it’s because we long to sprout our own wings and fly or sprinkle fairy dust and grant ourselves wishes. And it appears that this is a tale as old as time.

Reference to fairy-like creatures dates back to oral literature, from Greek mythology to indigenous peoples. The term “fairy” (also spelled faerie or faery) dates back only to the middle ages. According to Britannica, fairies of the past were feared as dangerous and powerful beings who were sometimes friendly to humans but could also be cruel or mischievous. Once mischievous and feared, modern depictions of fairies have evolved into stories of general good deed-doers and guardians.

For some, the fascination with fairies, these tiny creatures moving between our world and theirs, rests in a balance between good versus evil and the mundane versus the magic. A premier author about fairies for young adults, Holly Black declares that one encounter with a fairy “can leave mortals looking for a way back in for the rest of their days, pining for the loss of that magic. Their world is so good that it’s terrible, and that’s the very sort of story I like best.”

Stories of the fairy realm evolved into “fairy tales,” which sometimes include magic and almost always overtly portray good versus evil. The older the version, the more severe the circumstances for its characters. Psychology Today explains that the importance of these stories is the easy recognition for the audience of the stark difference between good versus evil and their common resolution; good wins.

In an expression of our obsession with these tiniest of forest dwellers, adults and children alike create miniature garden and forest homes for whimsical tenants. During my adventure at Annmarie Sculpture Garden & Arts Center, it became apparent that there is no limit to our wishes to accommodate (or appease) our forest friends. From furnished homes and beach resorts to a neighborhood tavern and skate park, the fairies and gnomes need look no further for a more well-rounded community. 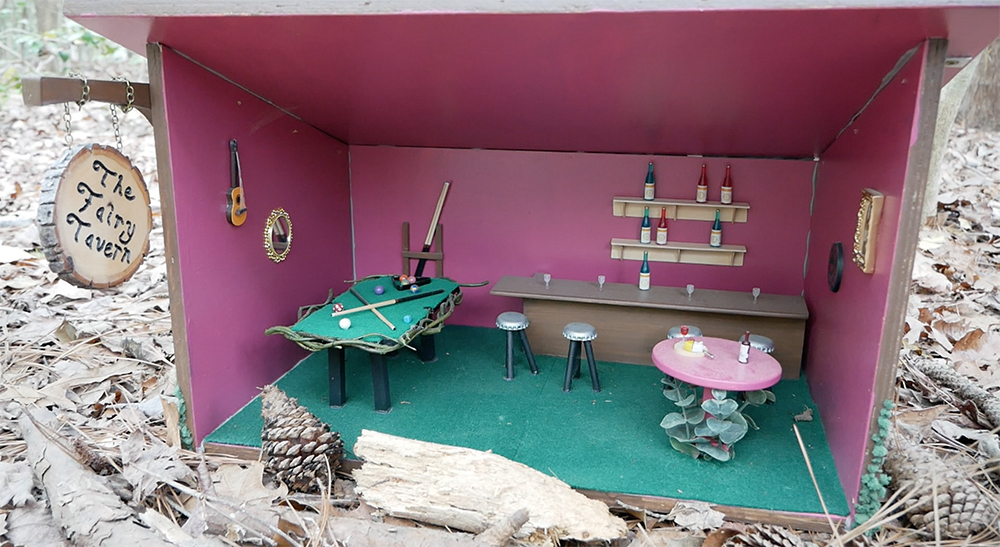 And it’s not just fairies and gnomes who reap the benefits of our adoration; dragons have found their own decorated dwellings for hoarding their shiny treasures among the tress. 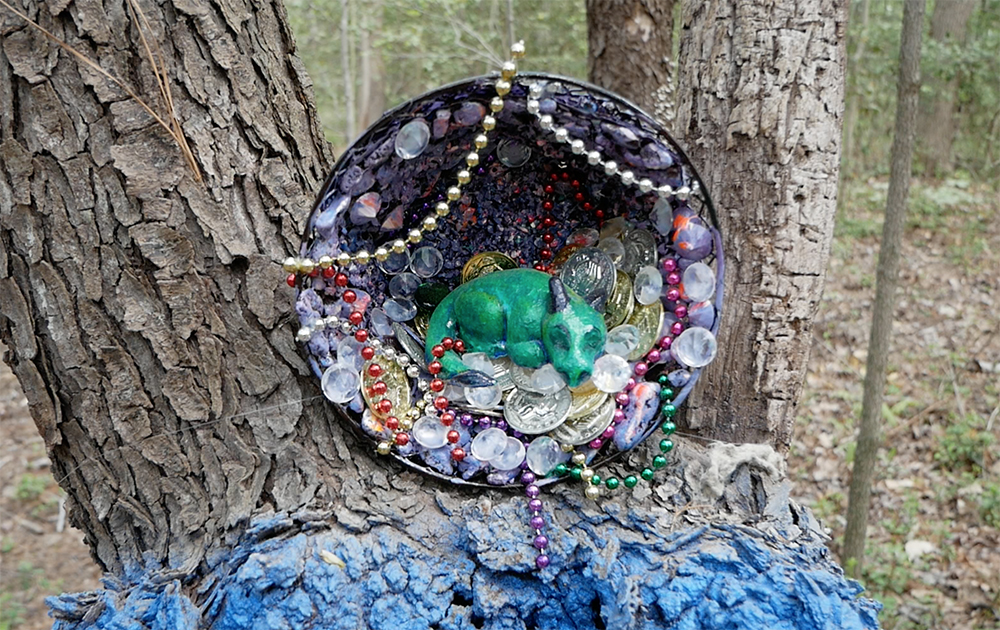 If you live close by (Solomons, MD, USA) or would like to plan a trip, visit during Annmarie Garden’s Enchanted Summer at the Garden to explore the fairy and gnomes throughout the season. Grab a map of fairy and gnome homes at the reception desk and set off for an enchanted afternoon scavenger hunt. And explore the other summer festivities at the Garden that aim to connect you to nature and art.

It’s Ecopsyched!’s first GIVEAWAY! Watch this Fairies In The Forest episode on the Ecopsyched! YouTube channel and guess by April 27, 2021 which fairy or gnome home was made by me! Leave your comments below the video on YouTube (do not guess here on the blog, but please do drop me a line below to say hello!).

HINT: You may recognize some of the materials I used to build my home from a previous Ecopsyched! upcycle episode.

Wishing you magical moments in the forest, and best of luck with the GIVEAWAY.

Thank you for joining me on this and future Ecopsyched! adventures!

Annmarie Garden: Enchanted Summer at the Garden
Goodreads: Our Fascination with Faeries
Britannica: Fairy
Psychology Today: On the Importance of Fairy Tales